Polysubstance abuse is very common with approximately 1 out of every 8 adults struggling with alcohol and drug abuse simultaneously, as stated by the National Survey on Drug Use and Health. However common, some substance combinations are more hazardous than others. One such combination is the mixture of methamphetamine and alcohol. To fully understand the dangers of this blend, it is important to examine the effects of these isolated substances, as their interaction can be fatal.

Methamphetamine, typically referred to as “meth”, is a powerful central nervous system (CNS) stimulant and ranks within the top five most addictive, illicit drugs in the world. When used, meth produces a rush of euphoria, increased alertness, increased energy, and feelings of invincibility. Methamphetamine abuse has recently increased due to its affordability in comparison with other stimulants such as cocaine which is more expensive.  According to the United States Drug Enforcement Administration, methamphetamine was the second-largest contributor to overdose deaths in the United States between May 2019 and May 2020. As a stimulant, meth increases heart rate and blood pressure to dangerous levels.

Alcohol is a central nervous system depressant (CNS). As a legal and easily accessible substance, alcohol is labeled the most abused substance in the world. As a CNS, alcohol impacts cognitive and brain functioning, motor skills, and judgment. When consumed in excess amounts, the physical body perceives alcohol as a poison, causing the user to vomit or become unconscious. According to the Centers for Disease Control and Prevention, approximately 95,000 deaths each year are attributed to alcohol consumption. These fatalities include liver failure, alcohol-induced traffic accidents, and alcohol poisoning, among others. 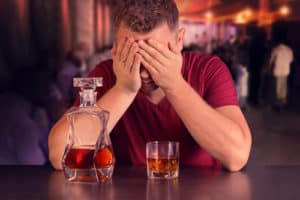 The combination of these two substances is dangerous due to their adverse natures and the harm they cause to the cardiovascular and respiratory systems within the body. As a stimulant, Methamphetamine delays the intoxicating effects of alcohol, often resulting in the user mistakenly consuming higher amounts of alcohol than they typically would. Initially, the user’s high is heightened. The presence of methamphetamine staves off the intoxicating effects of alcohol while alcohol reduces the negative side effects of methamphetamine, such as agitation, anxiety, and rapid heart rate.

However, as methamphetamine produces this delayed physical response, it is also being metabolized at a much higher rate than the alcohol present in the body, leading to alcohol toxicity. Additionally, studies have shown that Alcohol was found to increase the levels of methamphetamine.

When consuming these substances simultaneously, there are two possible scenarios that could lead to fatality. The first is alcohol toxicity caused by delayed intoxication brought on by the presence of methamphetamine. The second is immense cardiac strain resulting from an abundance of methamphetamine in the system, amplified by alcohol presence. Any combination of a CNS depressant with a CNS stimulant puts stress on the body’s vital organs which, eventually, shut down, leading to overdose fatality.

Methamphetamine and alcohol are both highly addictive and life-threatening when abused on their own and, especially, when combined. That is why it is extremely important to seek help immediately if you or a loved one is struggling with any substance addiction. At Asheville Recovery Center, treatment specialists have developed a unique, hybrid model of treatment which combines a traditional 12-step program with holistic rehabilitation. A multitude of services, programs, and therapies are offered, including the Partial Hospitalization Program, Residential-style treatment, outpatient rehabilitation, and more.

The founders of Asheville Recovery Center, as well as many of our addiction therapists, have struggled with addiction and now enjoy life in recovery. They understand the struggles of addiction and how difficult it is to overcome alone. If you feel that you or a loved one is struggling with drug abuse, our specialists are on standby and ready to help. Call (828)383-0784 and speak with an addiction expert today.